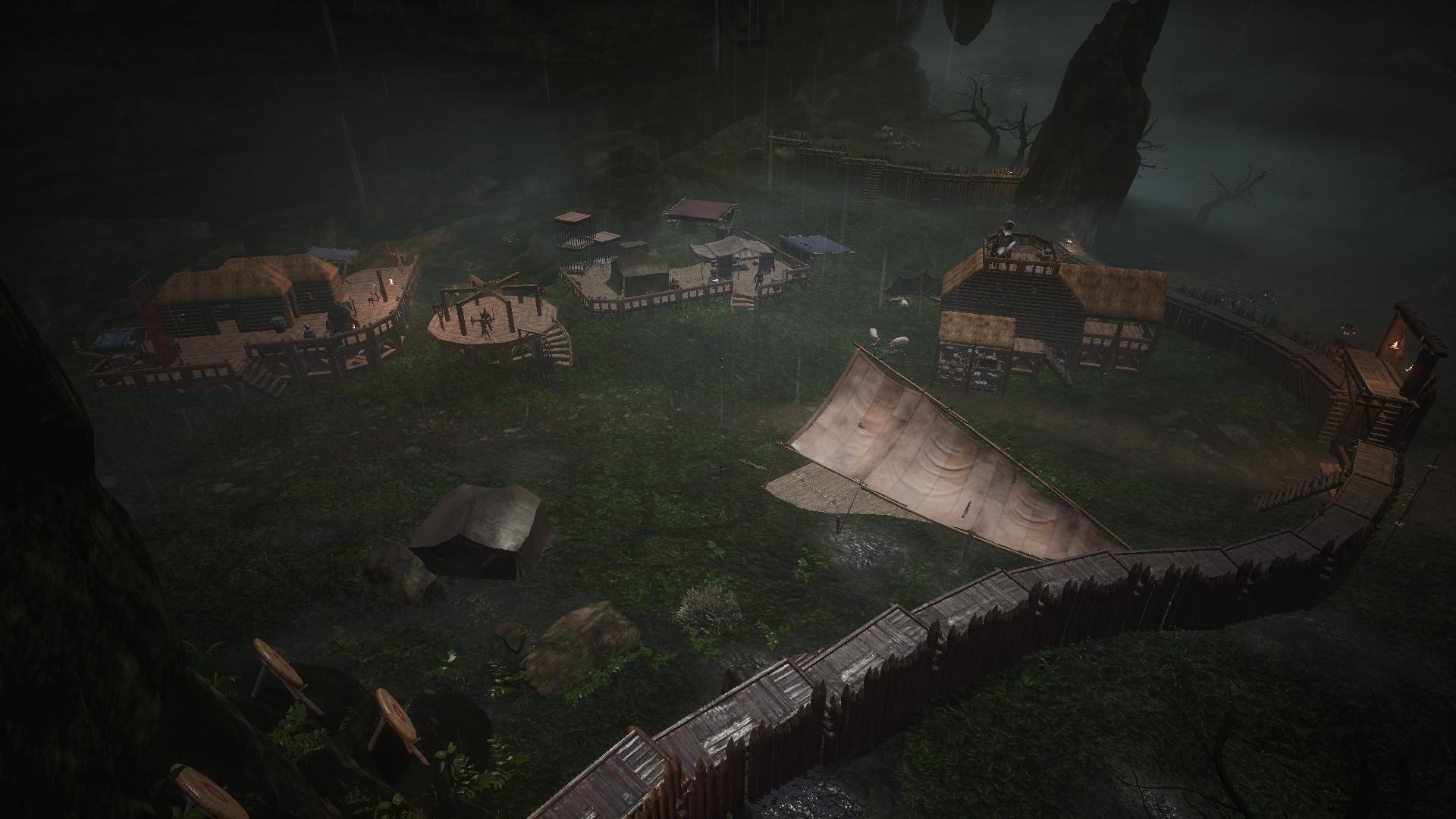 In the west, men and women in dark, shrouded clothes scurry across the alleys and streets of Sepermeru, the great Set City in the Exiled Wastes. Underneath the nose of Set City’s king they operated, worming their way into all facets of life in Sepermeru; they were merchants, priests, nobles, soldiers, thieves, and craftsmen. The Shard, as they called themselves, sought expansion and glory in the name of the Great Serpent, spreading their influence out across the wastelands.

To the east, several ships were constructed along the River of Life and the Endless Sea. Bearing black sails with gilded designs, these ships sailed along the river, offering trade and gathering resources, dropping off corsairs and crafters to establish outposts and trade sites. These exiles settled on a peninsula along the river, building structures of brilliant white marble on islands, trying to bring a bit of peaceful civilization to the otherwise feral lands. 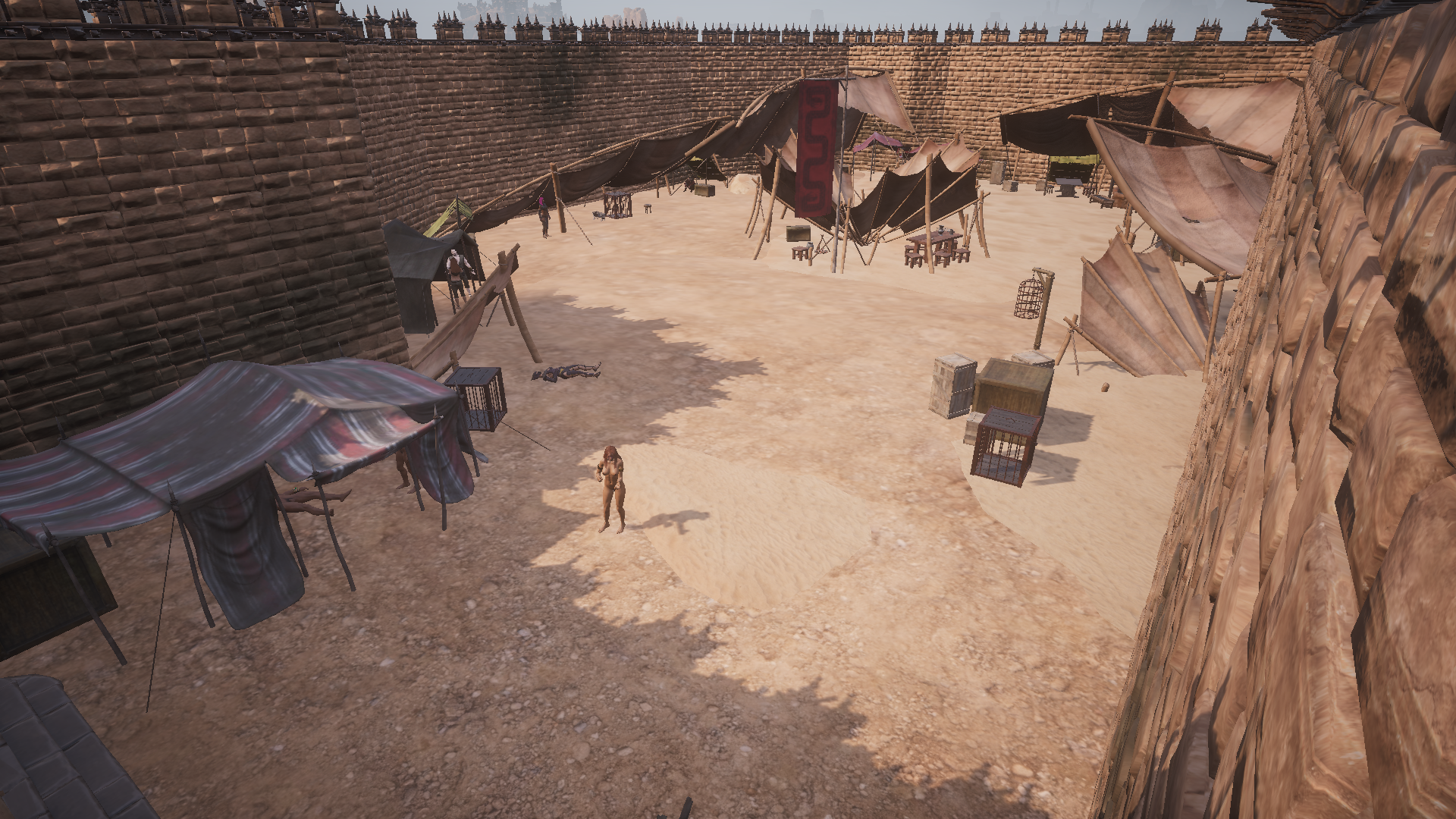 You start your story here, Exile, imprisoned by the Shard, being prepared for ritual sacrifice. Speak to the other prisoners, convince the guard you have more worth being released, and take your first steps out into the wastes, the only shackle being the bracelet on your wrist. Flee or fight, it matters not. All that matters now is survival. So, survive, Exile!

The choices you make while in prison determine the armor, weapons, and items you start into the wastelands with. 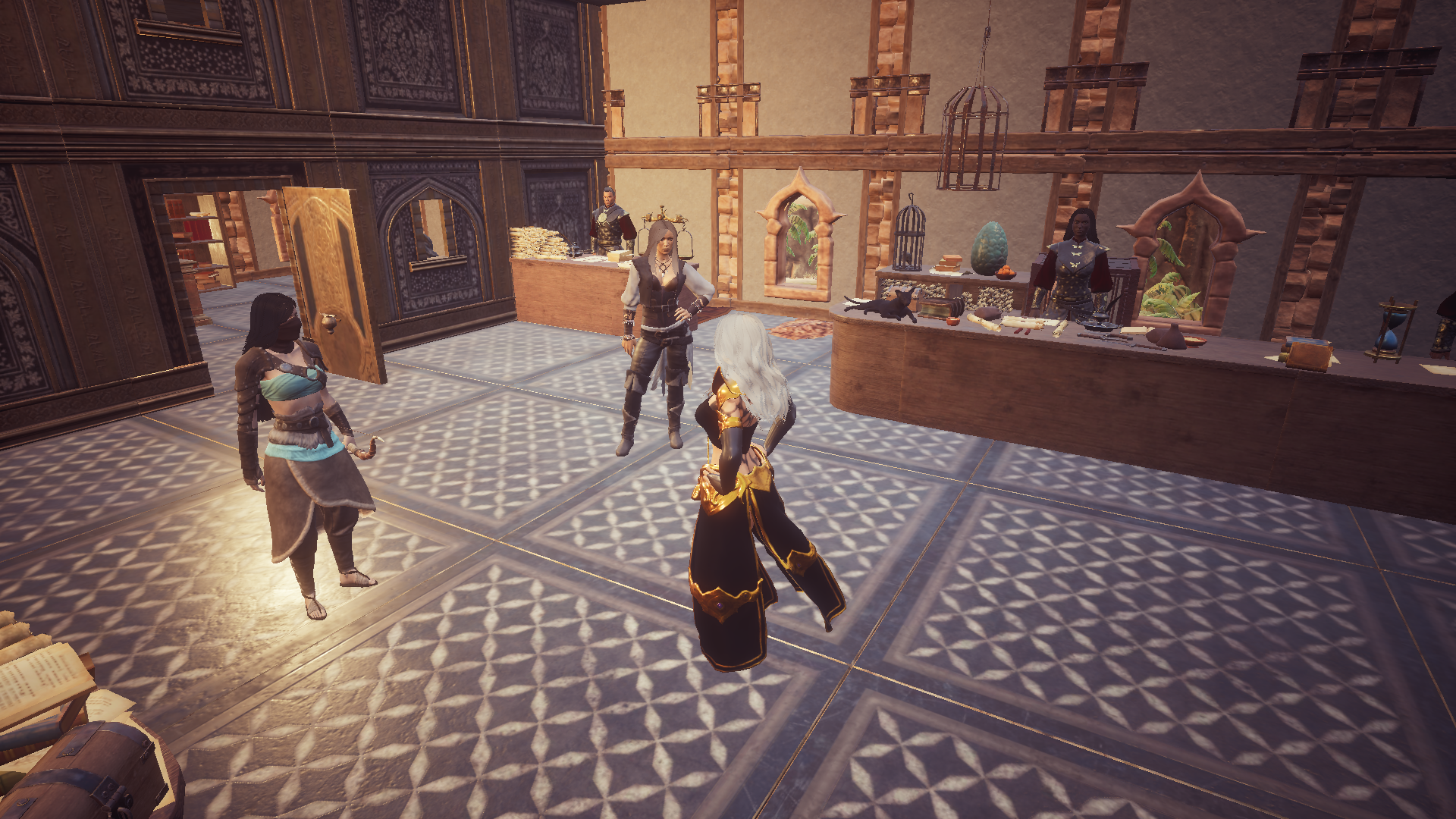 Cooperate with other exiles or live alone. The Exiled Lands are harsh and brutal, do whatever it takes to survive. Just be careful where you settle, you may be living on lands claimed by another clan, guild, or kingdom. 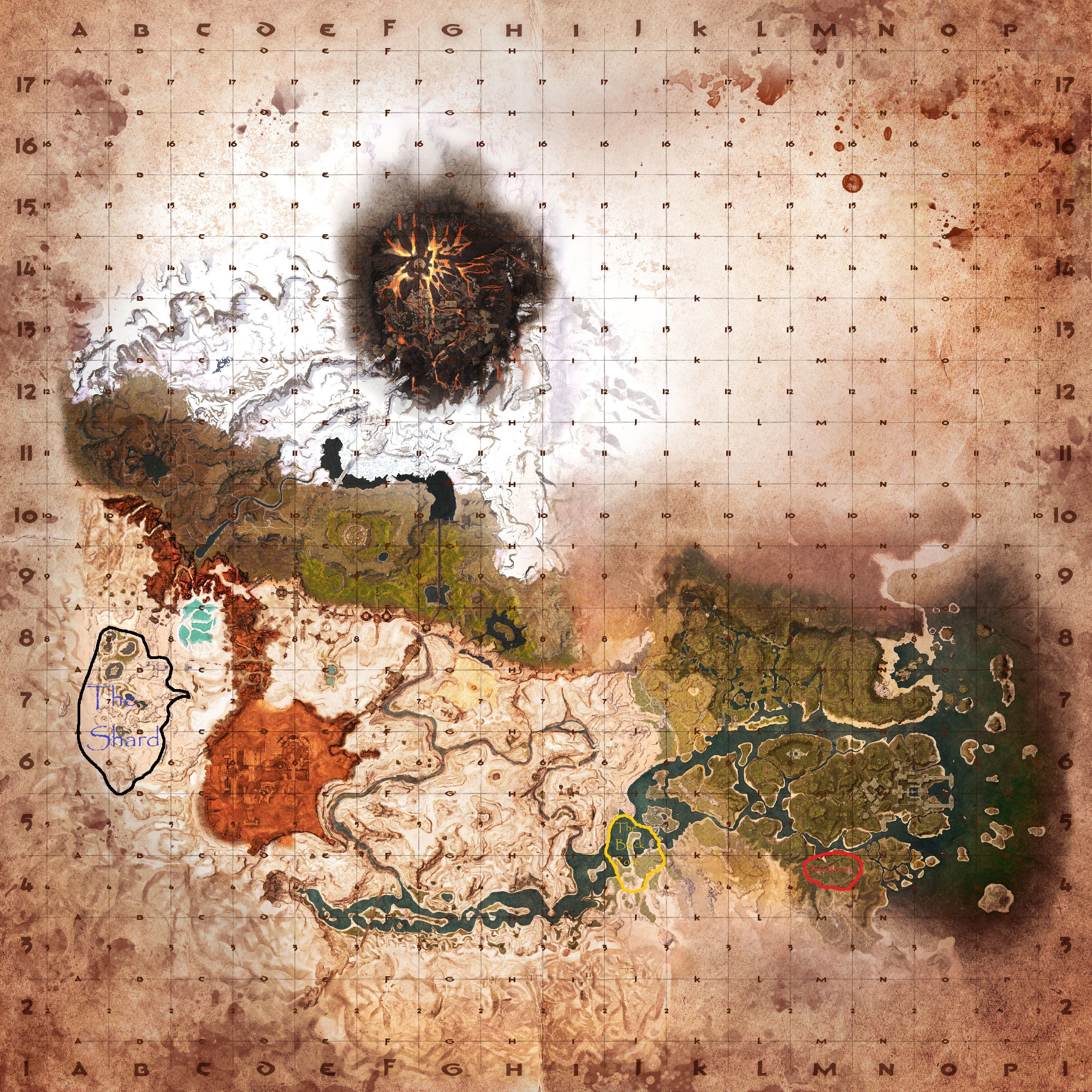 Grow your clan’s influence! Carve out a piece of the exiled lands just for you and your people. We offer a dynamic land claim system, allowing your clan to own a part of the wastes, and set your own laws to the others living on your land! 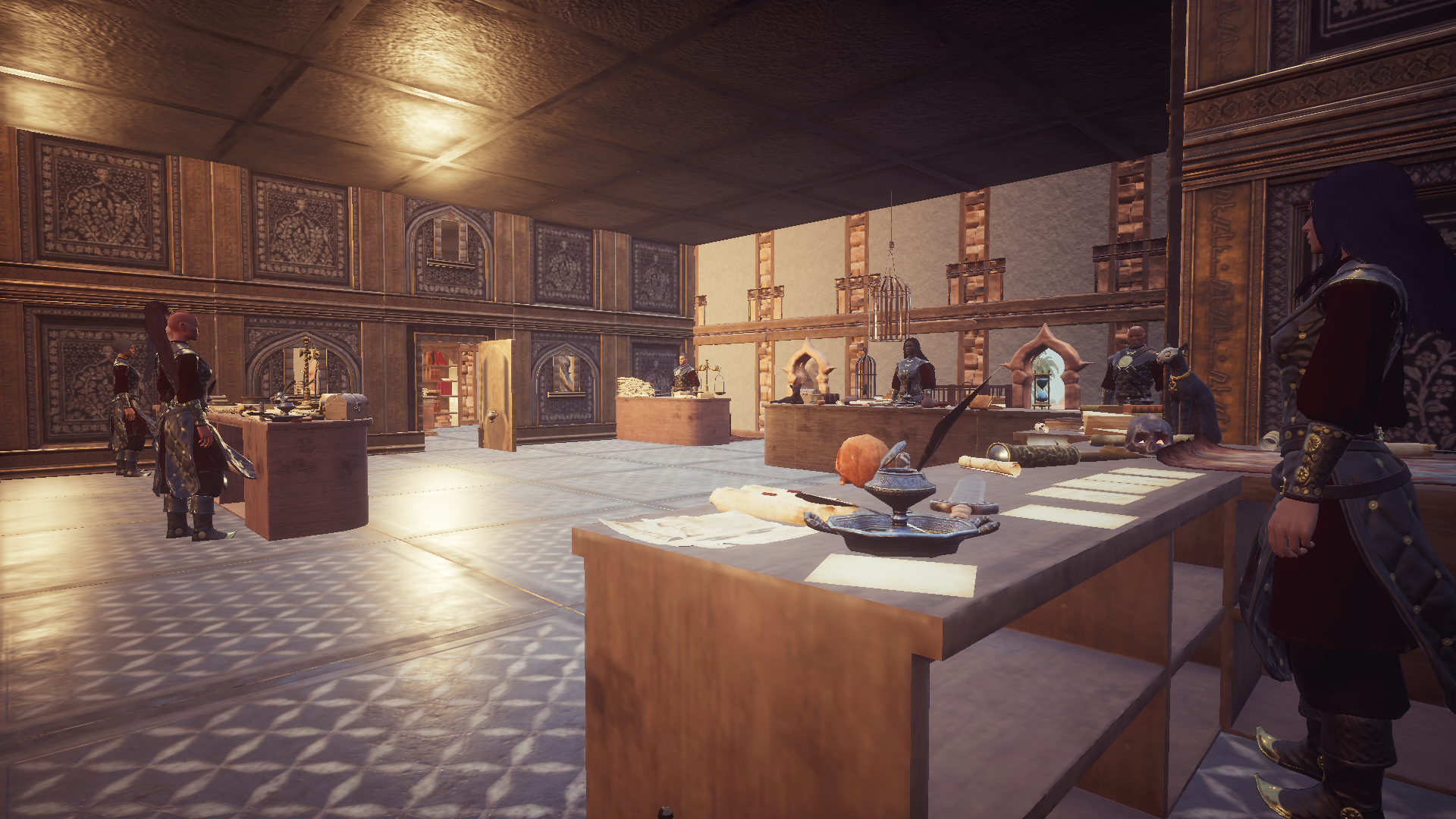 Visit the markets and guilds in Sepermeru, sell your items to the guildmasters, or purchase items from player-run markets! Buy thralls, thespians, materials, weapons, armor, and whatever else you can think of. Just be careful that you don’t catch the eye of a member of the Shard. 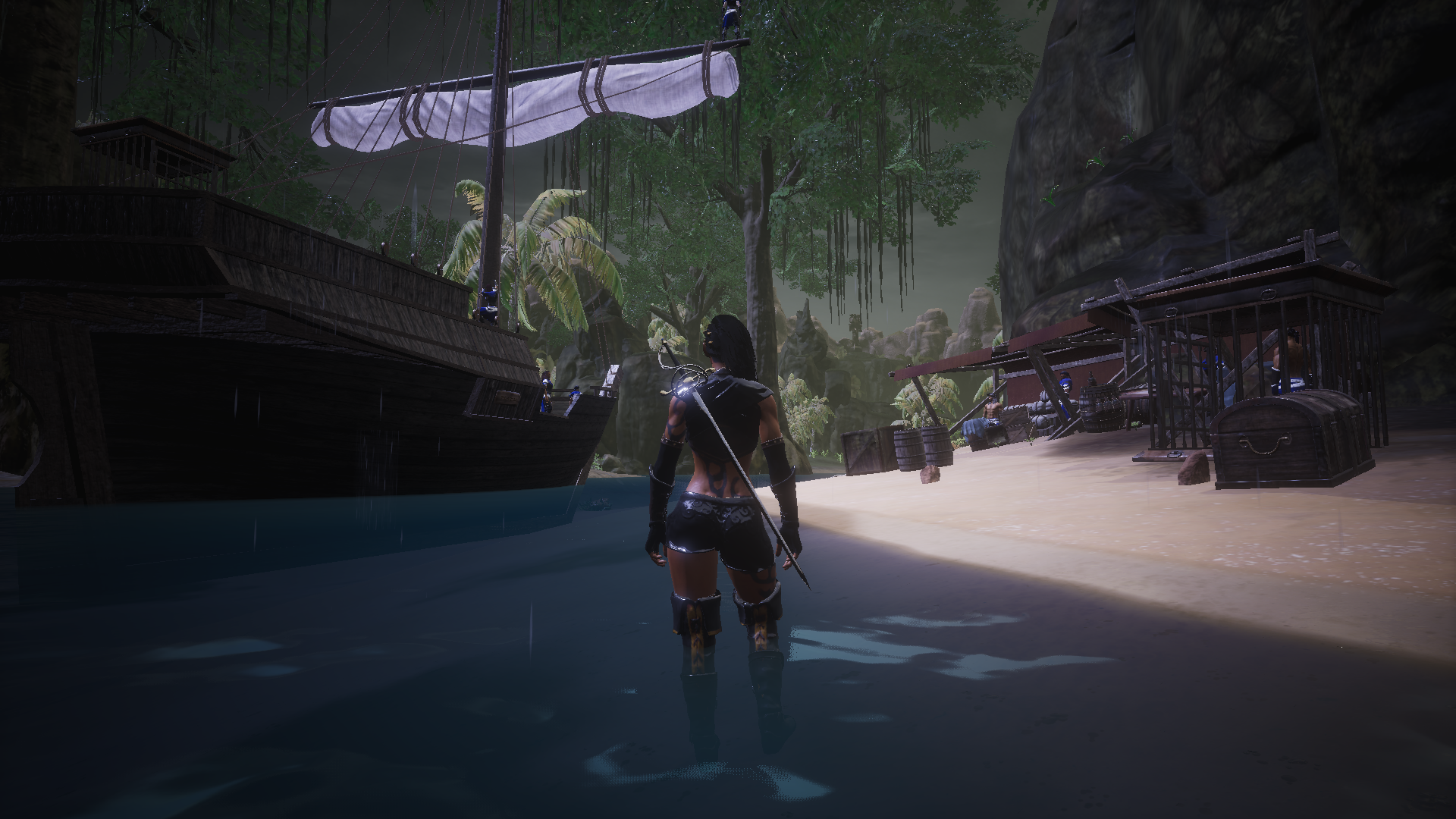 Find the Thorn each week, somewhere along the River of Life or Endless Sea. Speak with the Quartermaster to purchase rare or normally unavailable items, or speak with the Captain herself for a quest tailored to the location of the ship each and every week. 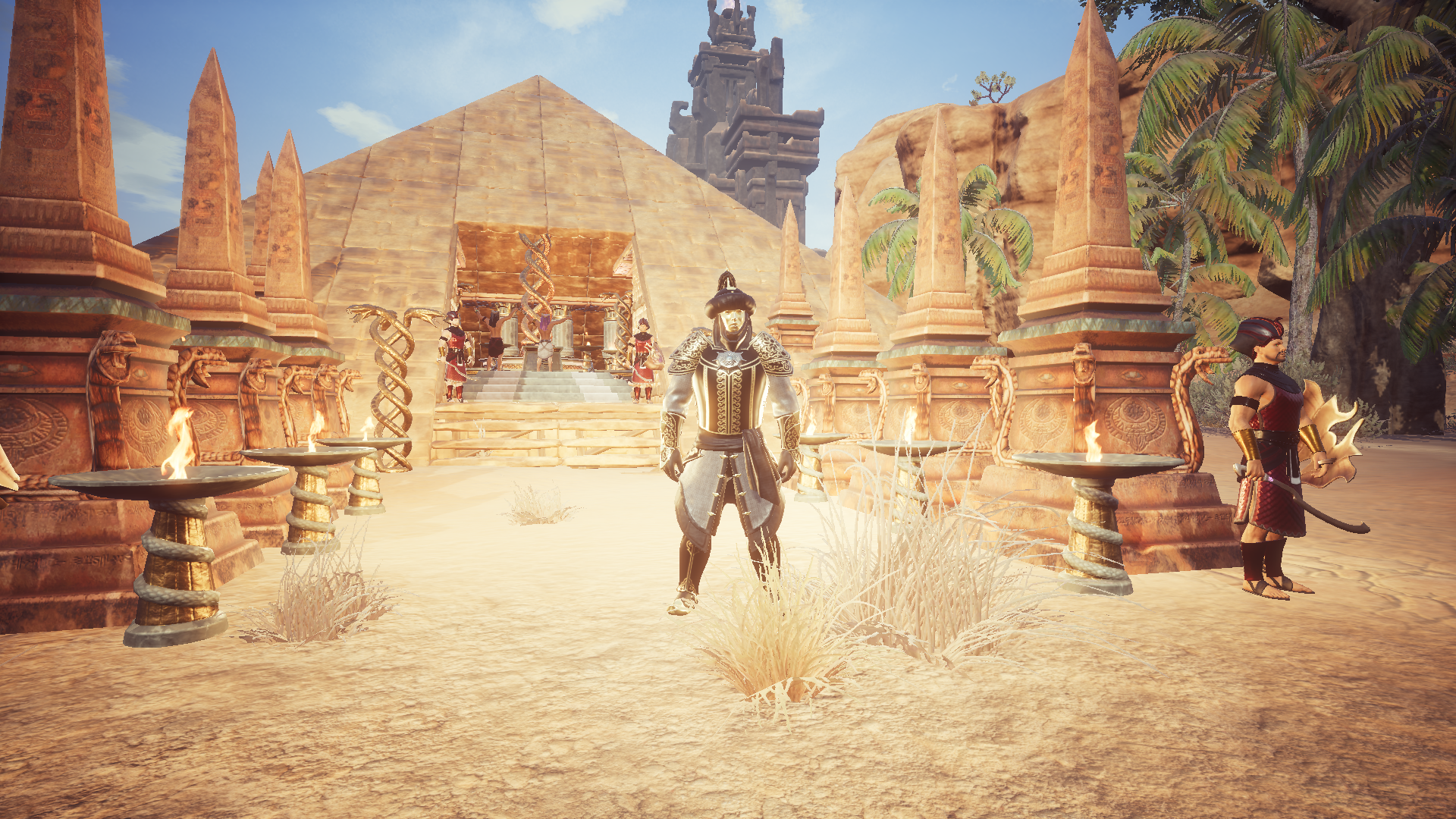 Apply to build one of the T3 temples allowed on the map! Only one of each tier three temple is allowed, so if your god already has their temple created, don’t be afraid to start a pilgrimage to that temple! All tier three temples must be fully open and available to every player, 24/7, so don’t worry about not being able to commune with your god or goddess. 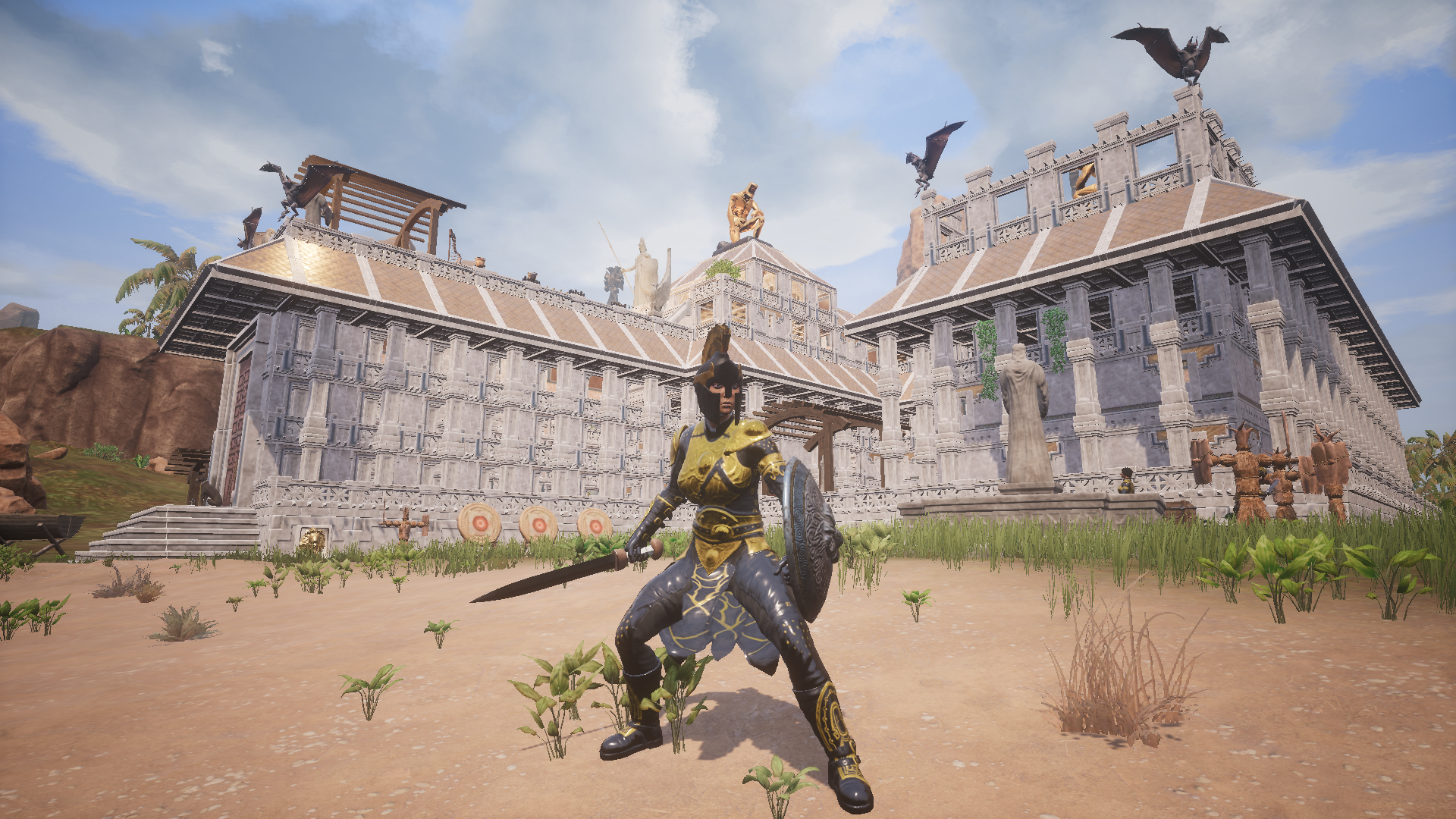 Team up for server-wide, In Character events, whether they be Funcom created dungeons, or Admin created dungeons and events. Fight in the arena, attend parties and galas, rescue victims of the Shard, and push back expansionist efforts!

Connection to our Discord is mandatory in order to exit the starter prison, and enjoy a full experience in the Aeon of Sin. It’s easy – Join the Discord, read the rules, submit a character biography and consent sheet, and you’ll be allowed full and total access to the Discord, as well as the actual game server! 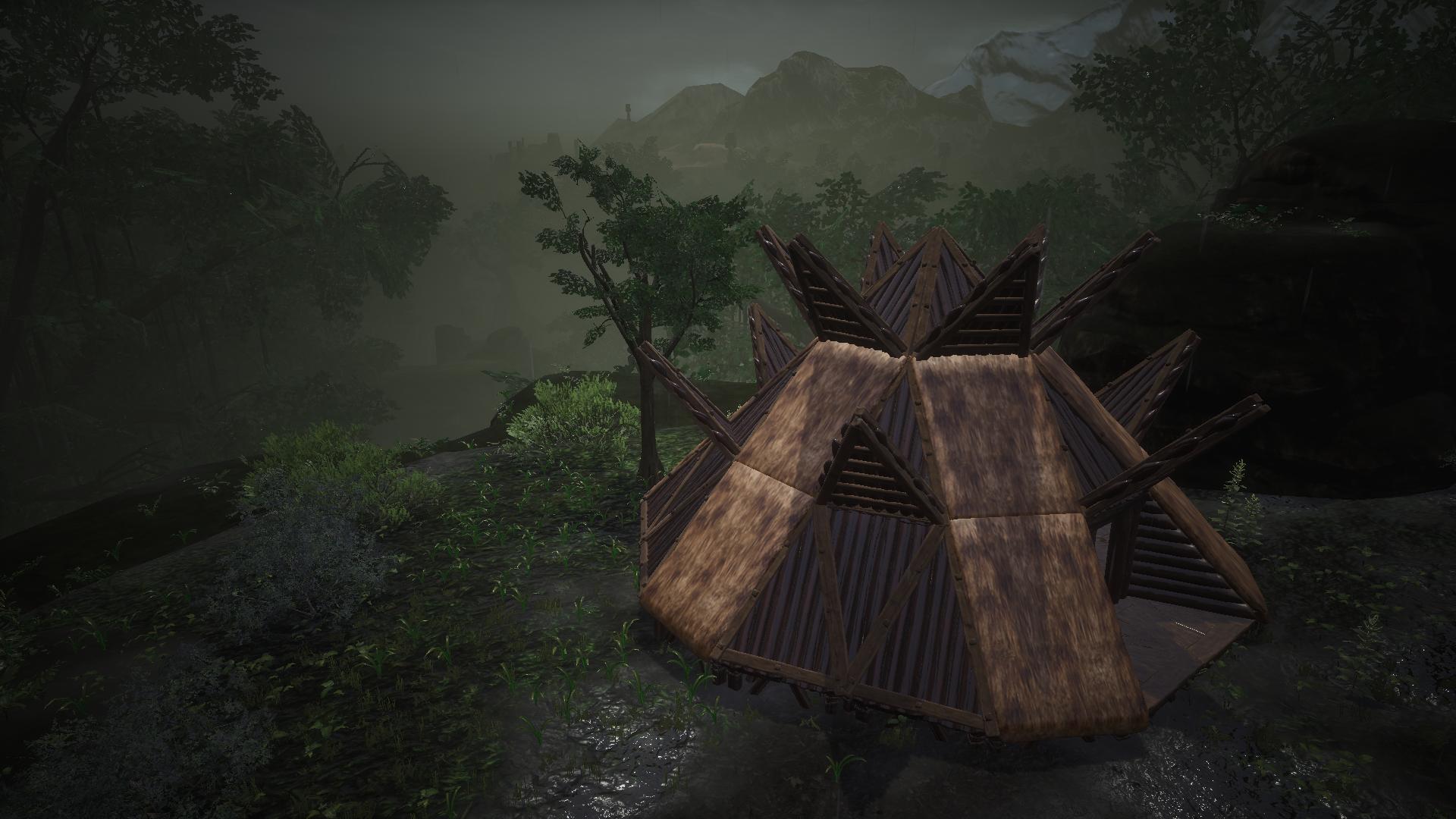 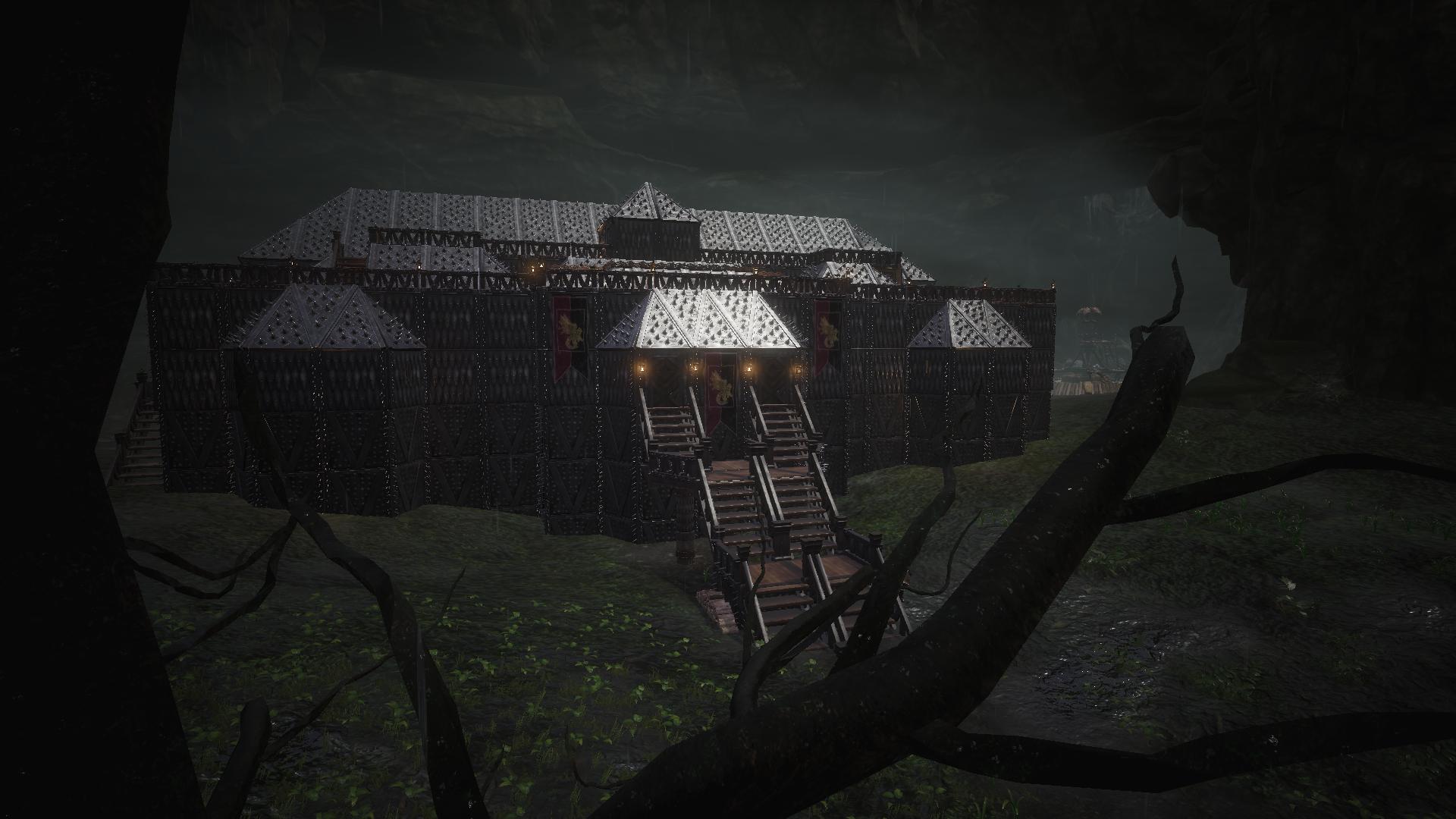 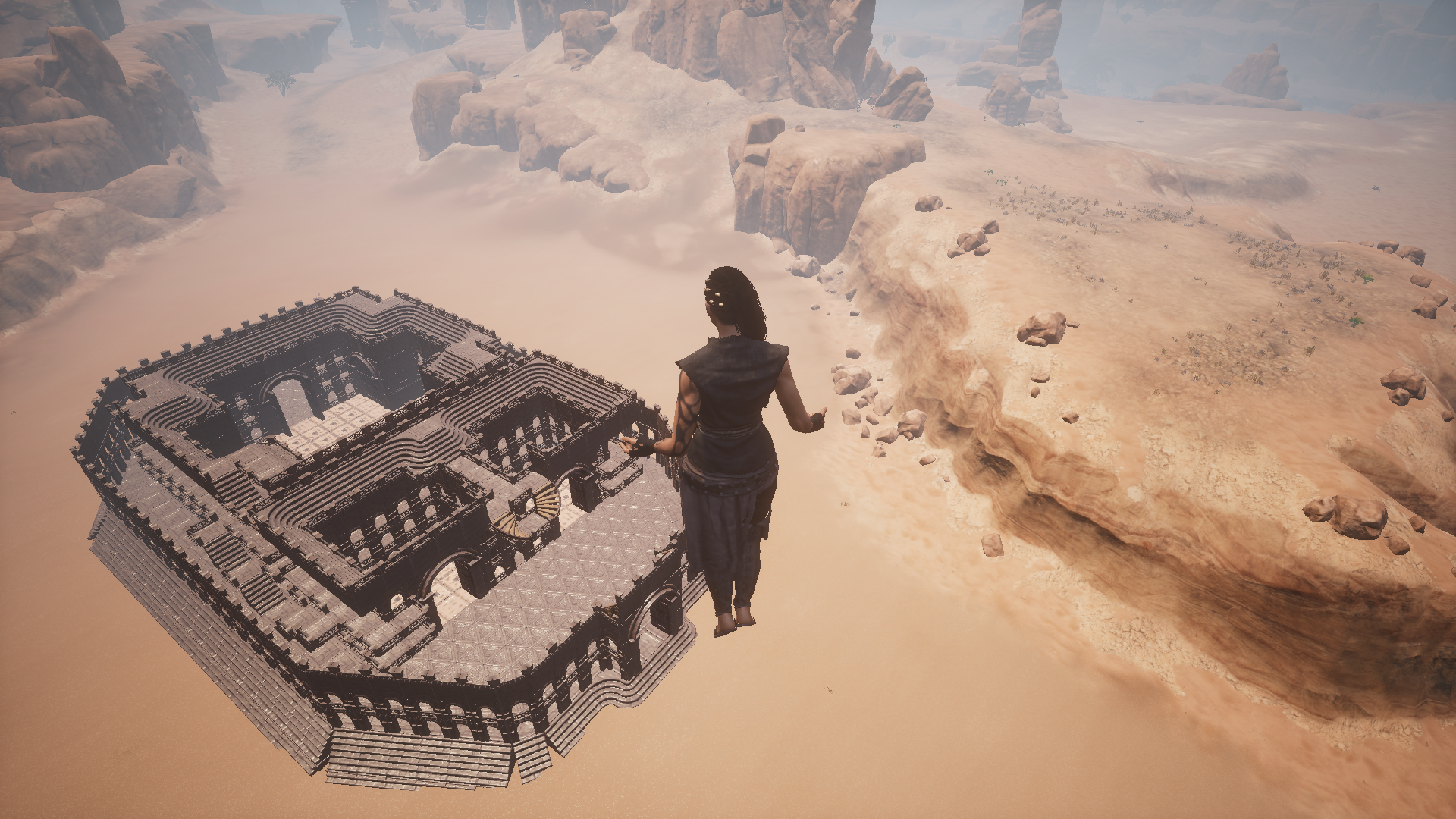