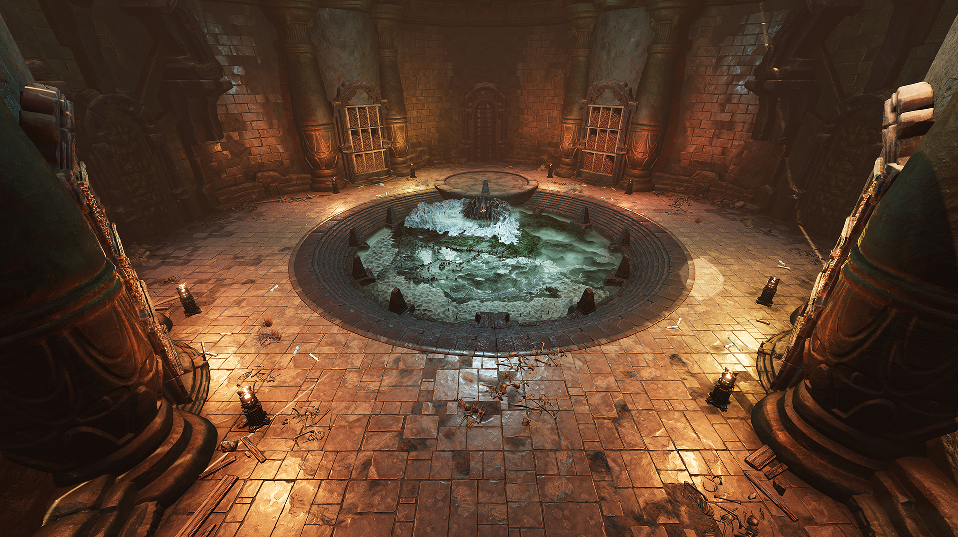 Behold! The next big update has arrived, fresh from the oven. There's a lot to unpack and learn in this update, and we're excited to show you what it's all about. Besides the brutal combat revamp, you'll experience the purge, journey across the map with fast travel,  learn the ways of farming, and discover the many changes and adjustments made to better your experience in the harsh world. So let's get into it!

PLEASE NOTE: This update does not contain the Swamp or the Volcano areas. These will come out at launch. Please do not be alarmed if you try to go to these areas and find nothing.

IMPORTANT: We are aware that this version may be more unstable than others. We still want to push this out so we can get mass testing/feedback on it.

Also, some players had an issue with the ESC key not working. A workaround for this was resetting keybindings, which we have forced with this update. If you've been using custom keybindings previously they will have been reset.

Yes! It's here! Welcome to the new combat in Conan Exiles. Many of you already know what this is all about from playing on the TestLive servers, but we're finally able to push these live. Here are some basics and things you may want/need to know:

If you thought you were prepared before, you better check again! You'll notice in your inventory under your character a purge meter. The more you and/or your clan builds, kill other players/NPCs, and plays the more this meter will fill. You won't automatically get a purge when you go over the threshold, but as long as your purge activity score is above it, you have a chance for it to happen. For example, if you are on a dedicated server or local game, and you are the only one playing, the purge will only pick you. But on a server with, for example, 10 clans, 4 of which are above the threshold, you have a 25% chance to get it if you are among the 4. During the purge monsters, animals, humans, and others depending on the area, will appear and attack your home. Make sure your walls are well protected from the waves of enemies. On official servers purges will only trigger during "purge time" which is a subset of prime time, "purge time" is between 6 PM and 10 PM local time, all days. Admins of private servers will be able to adjust this time either through server setting GUI or modifying the serversettings.ini files.

In general purges become more difficult the further north your base is on the map. Higher difficulty purges will contain special bosses with unique loot, or special crafter NPCs that have unique recipes on them. You will need a combination of smart base design, thrall defenders, higher tier buildings and good teamplay to withstand the most difficult purges.

With this update we are launching purge version 1. This version is missing a balancing pass and also a couple of key features. With iteration 2 we will make the purges more difficult, and we may also add new purge types with other combinations of NPCs. We're doing this in order to get as much feedback and testing on the Purge as possible.

If you find the purge to be too easy or difficult, you can change the difficulty as well as many other parameters in the options-menu. Later on private server admins will be able to modify the purges and customize them to be easier or harder as well as add new purge types.

By obtaining seeds from plants and making compost through the compost heap, it is now possible to plant and harvest your own crops.  In order to craft fertilizer in the compost heap, you will need plant-fiber, rotten meat and bonemeal, which can be obtained by grinding (amongst other things) bone, claws, fangs or ivory in the grinder. For certain plants, you may need potent fertilizer, for which you will need to add ash and blood to the mix. By planting seeds and fertilizer in the planters, your crops will grow over time. In addition to this, should you want to decorate your land, a selection of potted plants have been added to the game, which are much less costly than the planters. 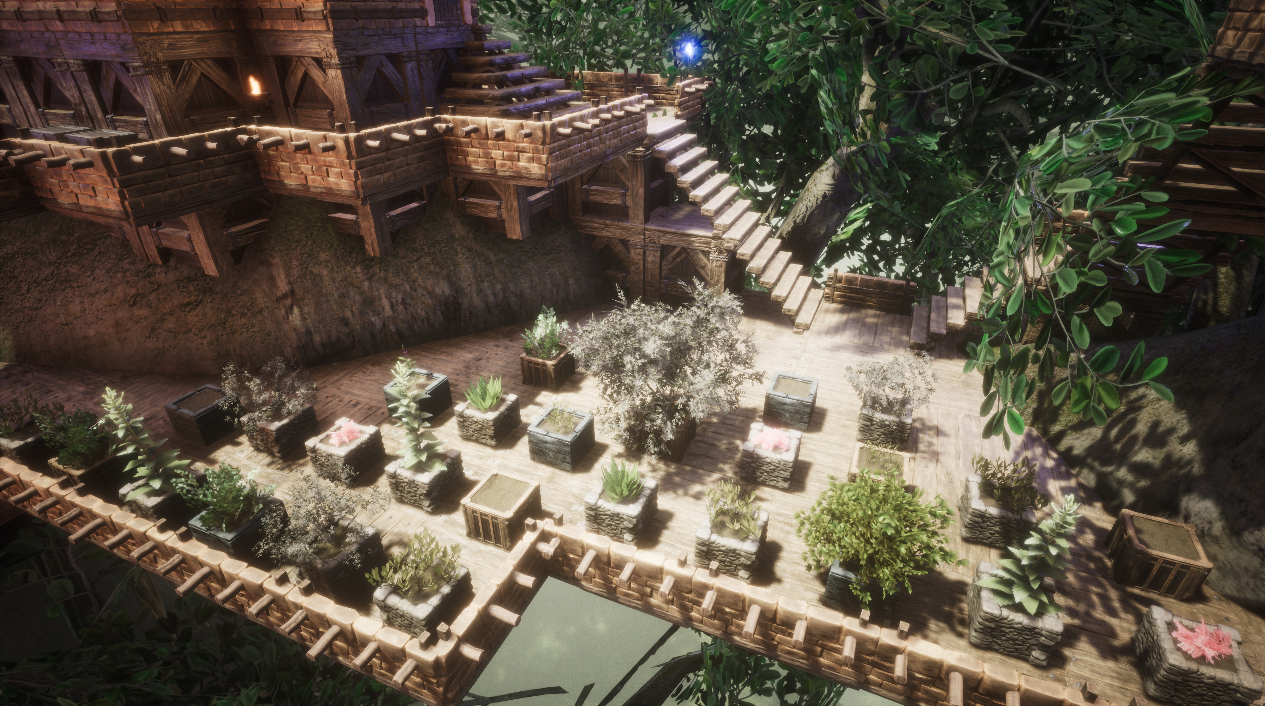 The first thing you may notice when first logging in is the display. Health and stamina are now shown as bars as they're essential to manage especially in combat. Stamina will replenish over time when not attacking or dodging, but you'll see that health does not! This is where your kicks and dodges will come in handy to avoid incoming attacks. There are multiple ways to gain back health which include eating cooked food, using bandages, using potions, or unlocking certain perks.

You will see the newly added perks in your attribute window. Spending enough points in certain attributes will unlock advantages that will benefit you in the brutal lands; for example, the first perk unlocked in the ""vitality"" doubles your breath timer when underwater.

Your feats window is also newly updated! Objects are now sorted and organized for easier navigation.

A new tab called "stats" has been added. Here, you can get down to the numbers and see how effective you are against the environment both offensively and defensively. It will also display any buffs/debuffs your character has.

The Journey GUI has been extended from 4 to 10 chapters and can be disabled from showing on your screen through settings. This goes as well for gameplay hints, that shows various keys or gamepad inputs for climbing, fighting, building, etc.

You'll notice a nifty new placeable called the Maproom. Place this in a safe spot within your base and you can travel around the map! You will first have to discover the monoliths  scattered across the lands and attune your bracelet to them before you can travel there. Don't stay too long by one though, or you'll gain corruption and end your journey there. It's important to note that this is a one way ticket. You can travel from the maproom to an obelisk, but not the other way around.

We've done several big changes to how the building abandonment system works. Firstly, anything placed on or near a building will become a part of said building's decay score and decay at the same rate. This means you can now build smaller buildings in close proximity as well as standalone placeables like wheel of pain, altar etc and these will all be treated as big structure for purposes of decay. Secondly, the system will now check for and remove floating placeables left behind in the world after the buildings they were standing on got removed. Thirdly placeables stacked on top of placeables are now checked and correctly removed. Lasty, the updated decay system fixes a problem with players joining a clan and sometimes not being able to continue building on their existing buildings.

Additionally on all official servers we are changing the decay settings such that max decay value is 6 days after which the structure will be abandoned (any player can interact with and remove the structure), and after 1 day of being abandoned, the structure gets removed automatically by the system.

We want to highlight that we've completely redone population of the world as well as added world bosses that grant access to legendary weapons. These world bosses drop keys that be used on chests you find and can open at level 60. The chests aren't always near where a key is found, so keep an eye out! These chests will provide some legendary items with custom effects on them.

Quality of Life and Gameplay Adjustments