Follower Updates in Age of Sorcery

Today, we look at followers, which is going through a major rebalancing and update in Age of Sorcery. These changes come through various new features and improvements, such as the new attributes and perks, new followers gained through sorcery, and changes made directly to all followers.

After the 3.0 update, you will have more diverse choices to shape your character, and one of the major aspects of this is the changes to followers. Whether you tread the dark path of sorcery or not, you can specialize as a leader who sends his loyal warriors into battle. It is up to you whether those warriors are human, demon, or undead. 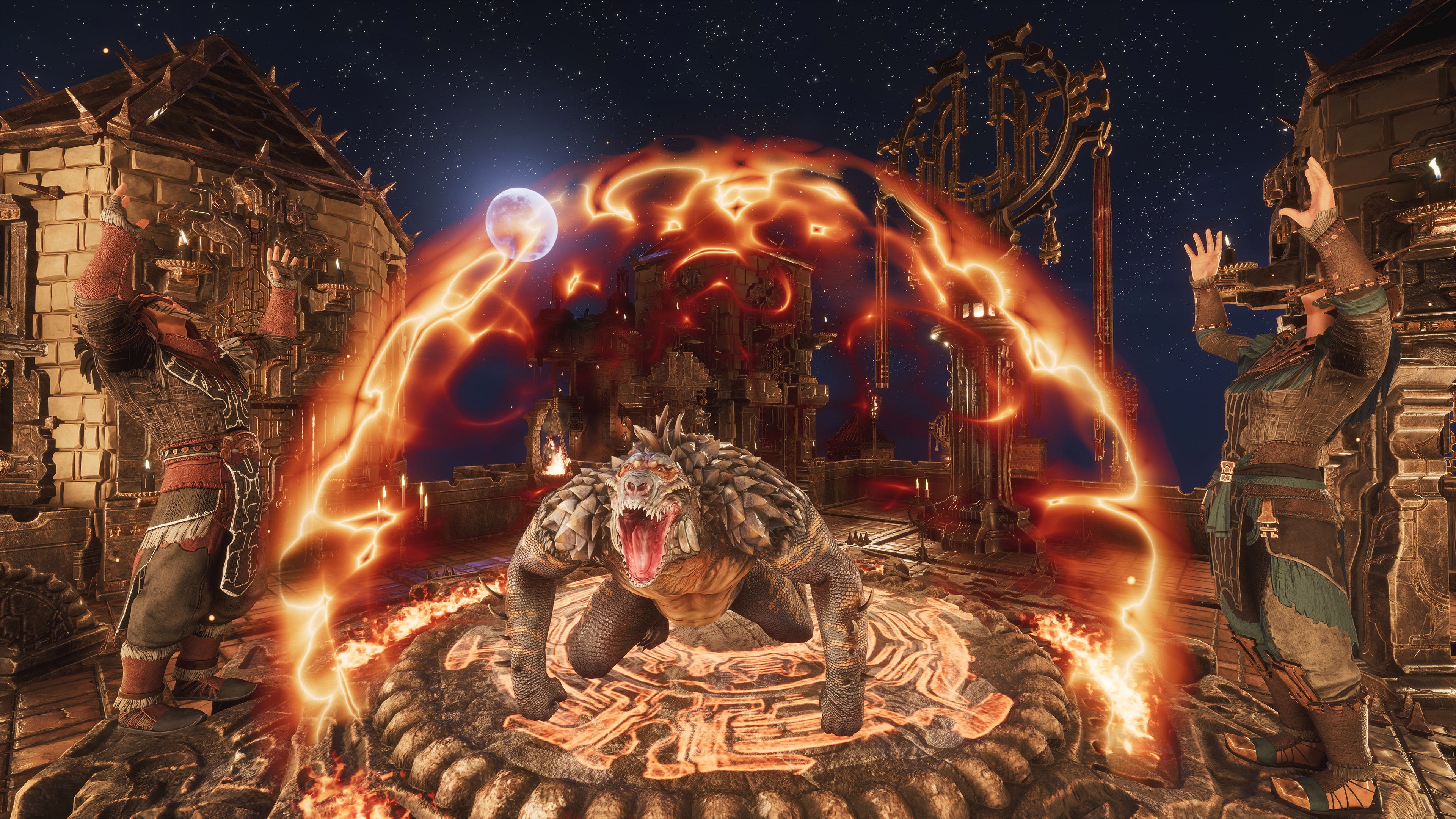 Balancing
When we looked at the changes we wanted to make to followers, we knew we needed to rebalance them towards choice rather than a necessity. The result is that in Age of Sorcery, followers will have lower health and damage as their baseline, but if you want to, you can invest in making them more powerful through the Authority attribute and perks.

With these changes, you will not feel as disadvantaged without a follower, but if you do choose to use followers, it can also be far more rewarding.

We have an additional feature in the works related to survivability of followers, but we will detail this at a later date, since it will arrive after Age of Sorcery. 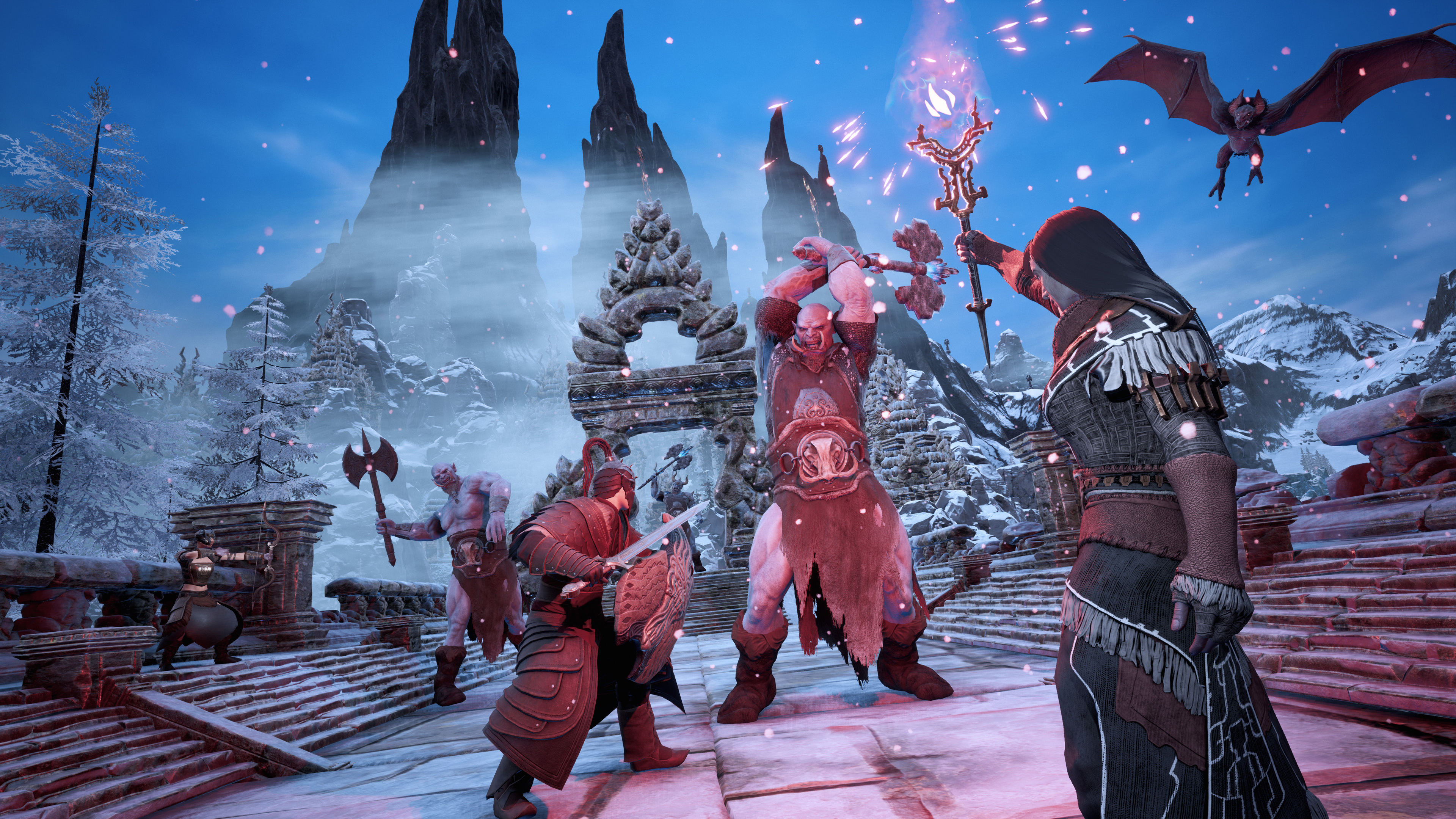 New Attribute – Authority
One of the new attributes in Age of Sorcery is Authority. With each point put into Authority, you will increase the damage dealt by your followers and improve your ability to knock humans out to be taken as thralls or... let us say fuel... for rituals.

Authority’s perks also improve your followers in various ways such as making enemies focus on them more over you and increasing their survivability through health regeneration and healing received. The final perk choice is between choosing to have one additional follower or giving your active followers significantly increased attributes. For the first time, you will be able to have two thralls follow you as your personal guard.

With sorcery, additional options are open to you as you increasingly corrupt your Authority attribute, replacing your uncorrupted perks. The first perk you get causes your attacks to have a chance to make your followers enter a frenzied state, making them temporarily deal increased damage. Each corruption invested past the first perk will increase the potency of it. 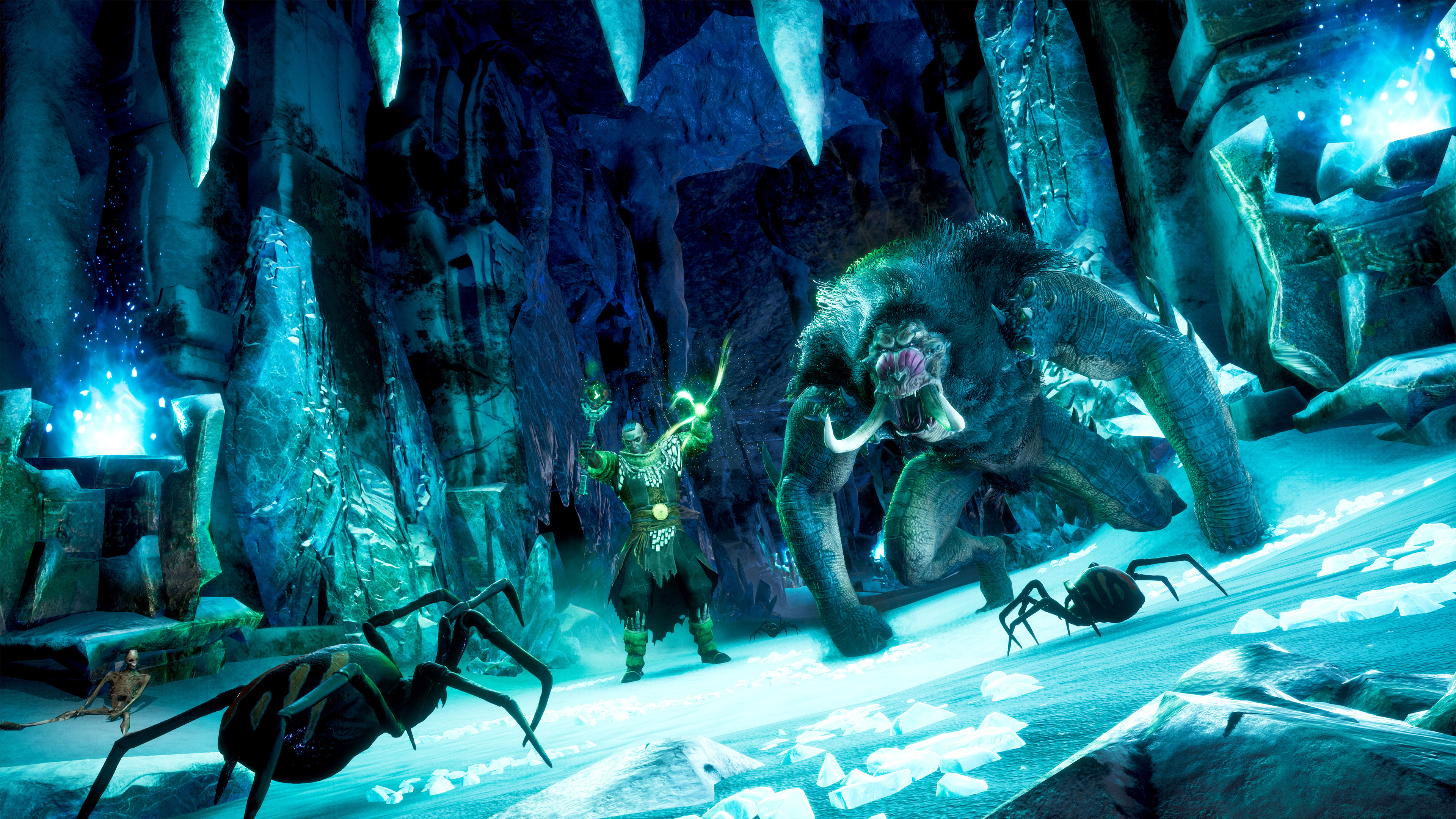 The final perk is Demon Lord. With each hit, there is a chance for a demonic follower to appear through a tear in reality and help you destroy your enemies. Although they only remain for a short time, you can summon several demons this way, if you are lucky.

Demonic and Undead Followers
A Sorcerer often imposes his will through servants, be they willing or otherwise. In Age of Sorcery, you can summon demons and raise the dead to do your bidding, provided you give yourself to corruption and make the necessary human sacrifices.

You can now create a Circle of Power in your base to serve as your window into an abyssal realm. With the correct ingredients, you can lure its denizens out of their plane and into yours.

Only by blood – demonic and human – can they be summoned. Bring through a powerful demon to vanquish your foes, and call an abyssal horse or rhino to carry you into battle beside it. These are no ordinary mounts. The Abyssal Rhino is a force to behold and has a devastating charge.

With the Battle Pass, you will also see several new skins, such as the undead horse and the wight horse. 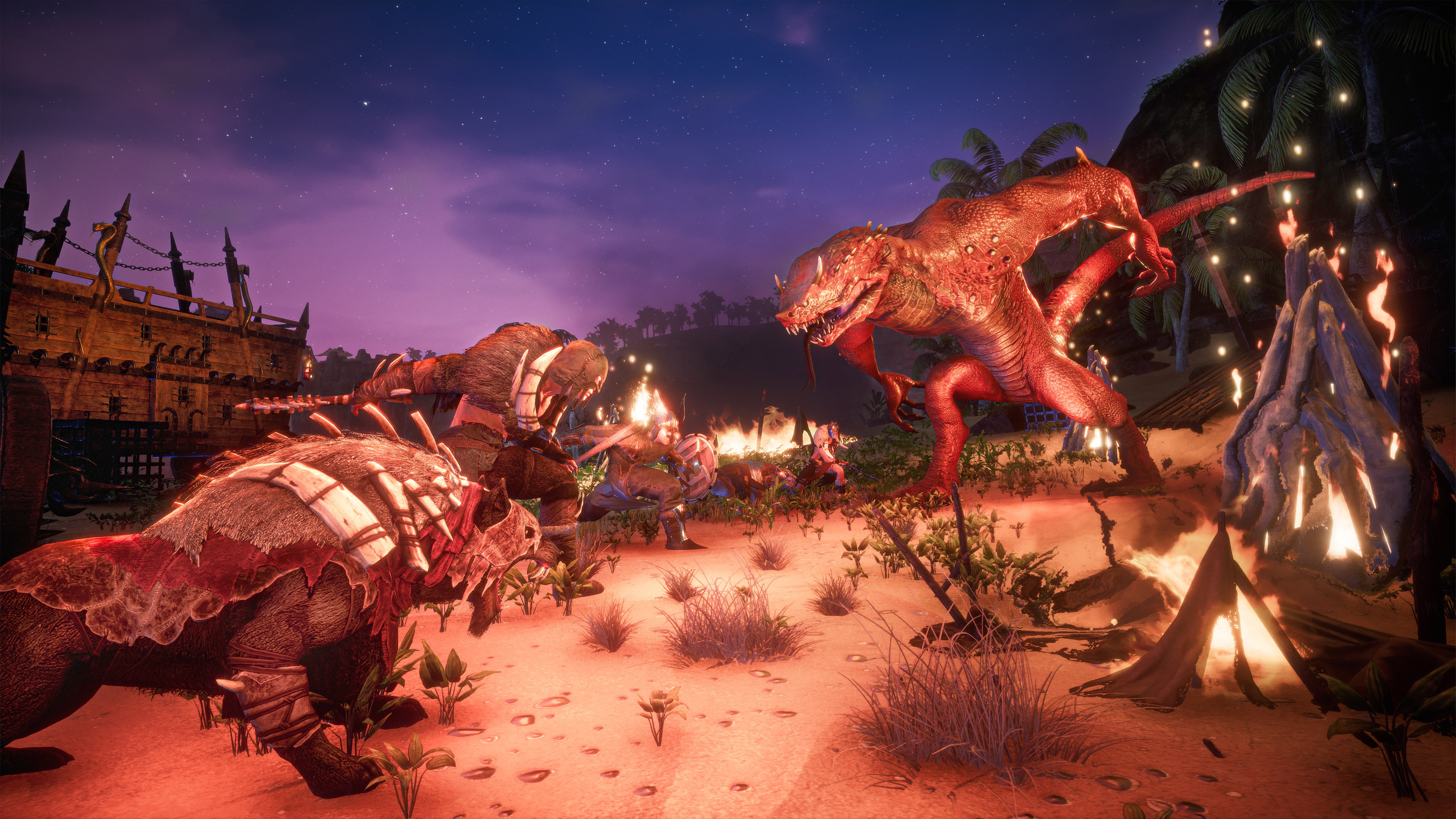 Meddling with the dead is also one of the Sorcerer’s ways. Bring an unconscious thrall to a Shallow Grave to perform a ritual to reanimate its lifeless corpse. The attributes of the living thrall will reflect its stats in death. These are powerful followers that start at level 20 (max follower level) and have three perks.

But with time, even the dead may die. A corpse follower will gradually and visibly wither until they fall and a new body must be procured to replace it.

Summoning followers, demon and undead, mount and fighter, requires preparation and corruption, but the power they afford you is ample. For the experienced summoner, the sacrificial stone will see a steady flow of visitors, but never the same one twice.

The Age of Sorcery is Almost Upon Us
We are getting nearer to the release of this giant update and fundamental change in the development of Conan Exiles, and we could not be more excited to see what all of you will do with it.

Sorcerers, Barbarians, and all of you in between, we urge you to find your favorite way to play as you build, survive, slay, explore, and conquer in the Exiled Lands.

Stay Alive, Exiles
Click here for the source of this article RSS Feed