We’re incredibly excited to finally release patch 2.4.6. It focuses on addressing many reported issues, both recent and classics, as well as adding some really cool stuff! We’re releasing a huge QoL addition for modders that has been requested almost since day one, as well as optimizations that will help all platforms. 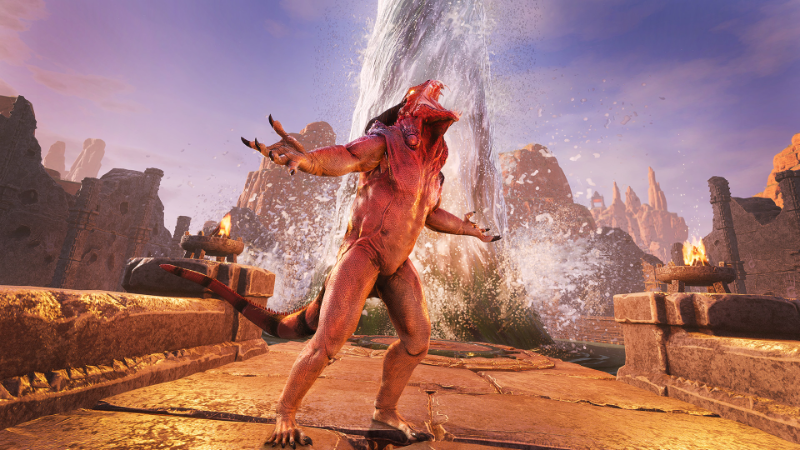 To top it all, we are releasing with this patch a huge new feature we can’t wait to let you try: single-player/coop map transfer feature (called in-game “Character Copy”). This is a standalone and independent version of the (still Work in Progress) server transfer feature. It comes already integrated into the game and does not rely on the online server transfer infrastructure. You can read more about this feature and how it works in this separate forum post[forums.funcom.com].

Last but not least, this patch comes with all the rewards unlocked during the Free Week community event. You absolutely slayed it and unlocked a full new armor set and a mount saddle. Good job! You can read more about these rewards in our blog post[www.conanexiles.com].

Thank you again for your continued feedback and support! Stay safe!
IMPORTANT NOTE REGARDING MODS