Greetings exiles! Many aspects of the Isle of Siptah expansion have improved greatly during Early Access. We wish to show you some of these improvements and the very big difference they make for the island, how it looks and how they improve the gameplay on this mysterious new map.

Since the start of Early Access we have improved both the environment and lighting for Isle of Siptah. The sky has become much more blue and new clouds can be seen in the distance. 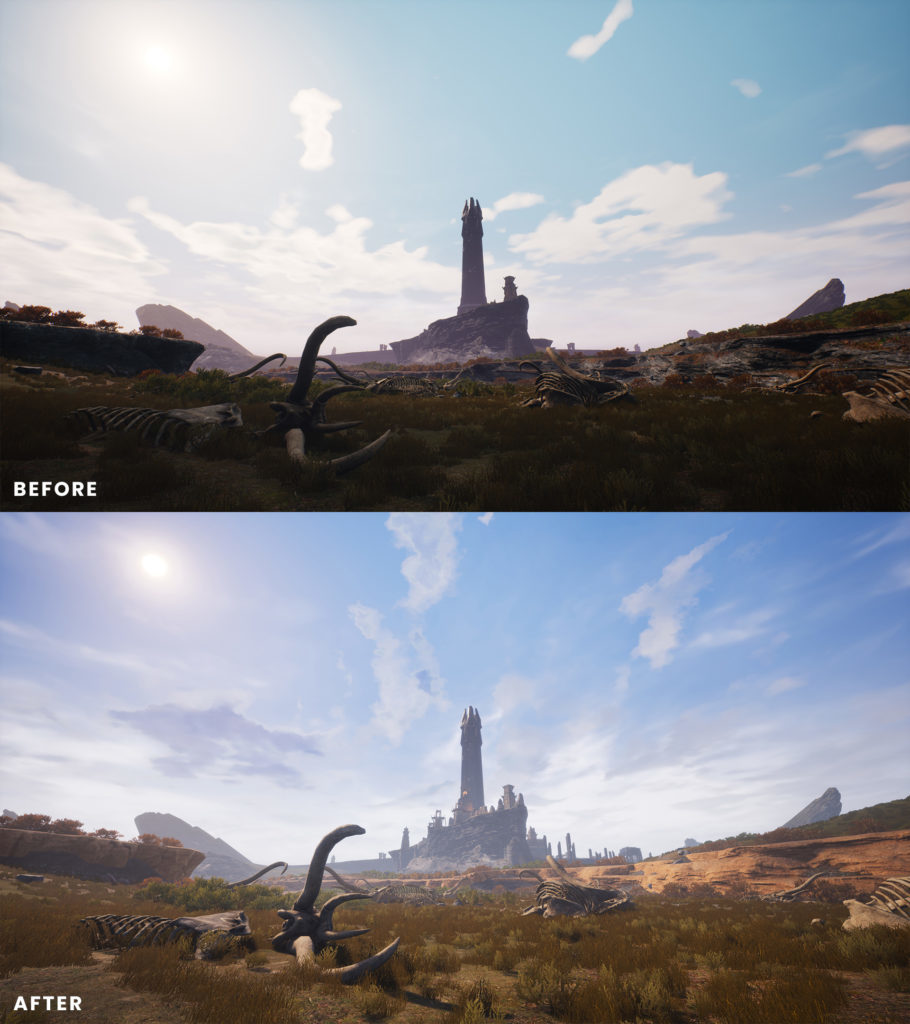 These changes make Isle of Siptah a much brighter and more colorful place to play. The improved lighting and sky are especially noticeable in the area around the tower in the middle of the island. Before this area was quite dark and gloomy.

Some of the darkness still returns when a powerful storm takes shape around the tower, but unlike before you can now build within the area of the storm and your buildings no longer draw the automatic attention of the terrible creatures of the outer void. 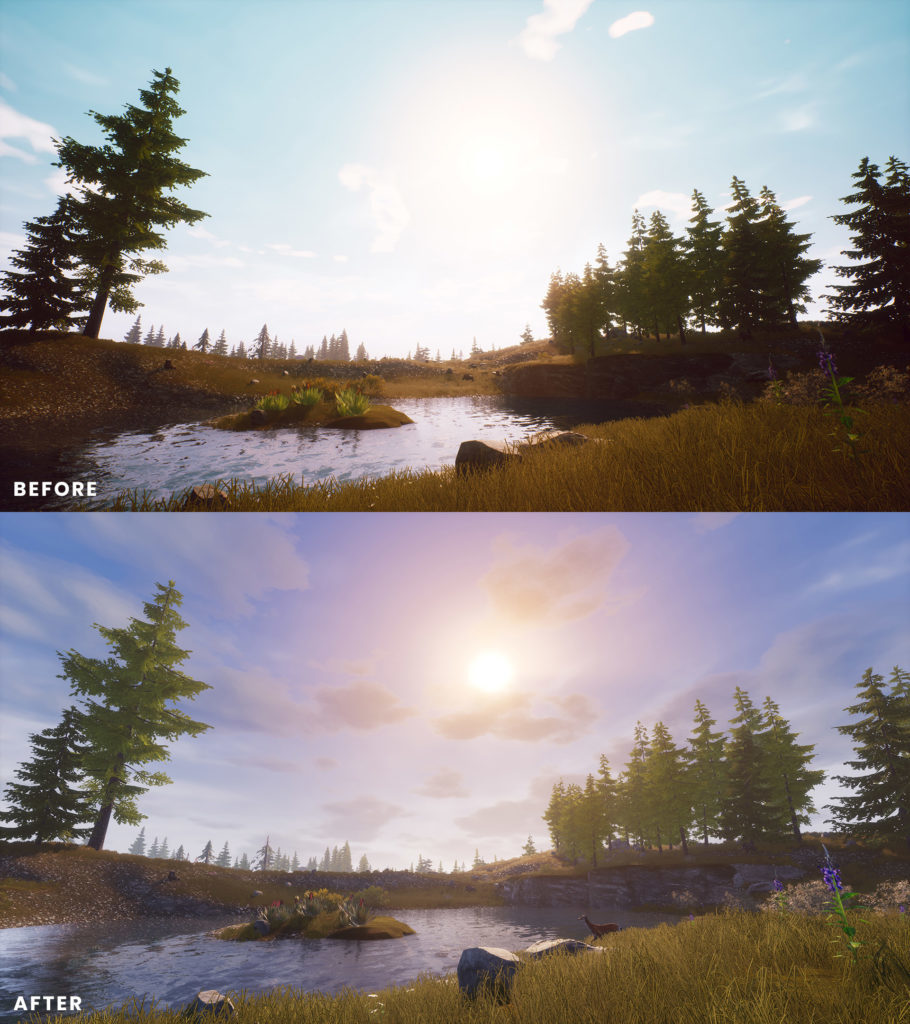 Though some of these locations on Isle of Siptah look very idyllic and peaceful now, don’t let the pretty colors fool you! The picture above is taken from a mountain top where monstrous and towering horned beasts hunt down anyone who dare venture too close. 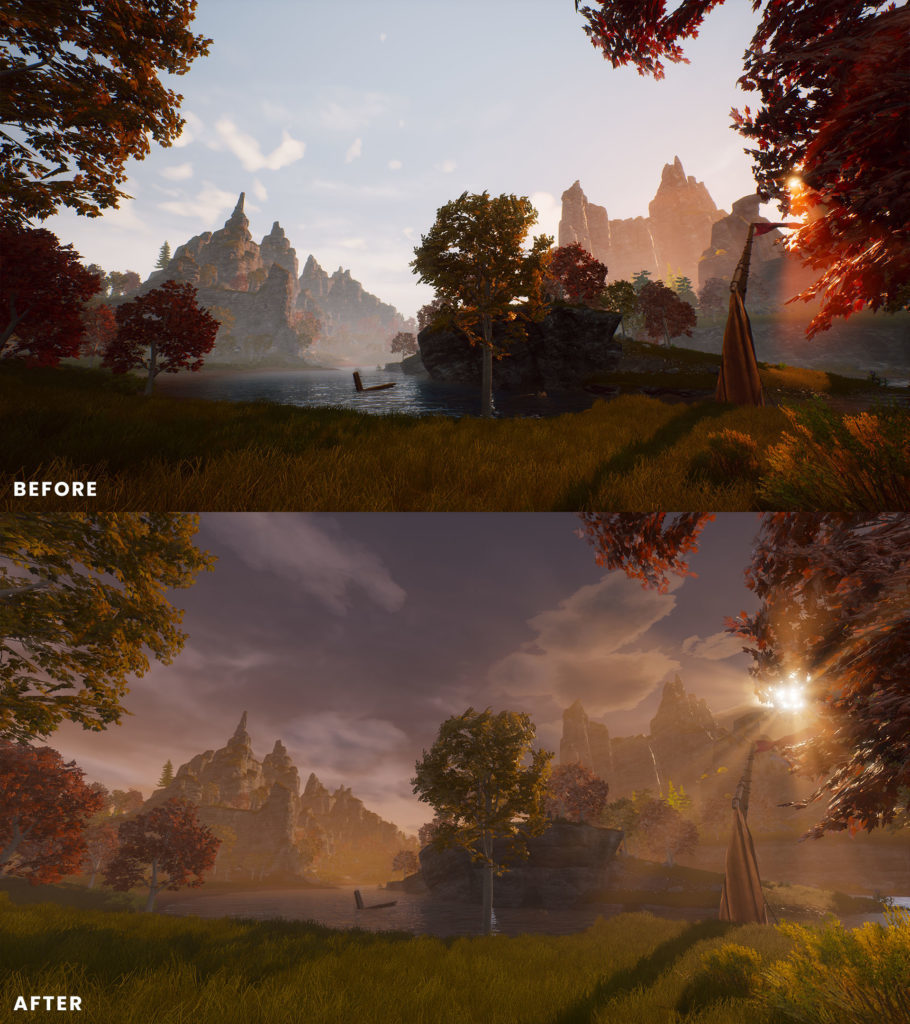 Another big improvement and change has been the addition of NPC camps, adding much more life and content and providing a great new source of thralls. The island has been settled by three main factions: The Stygian Mercenaries, the Black Corsair pirates and a group known only as the Accursed, driven mad by the darkness of the outer void. 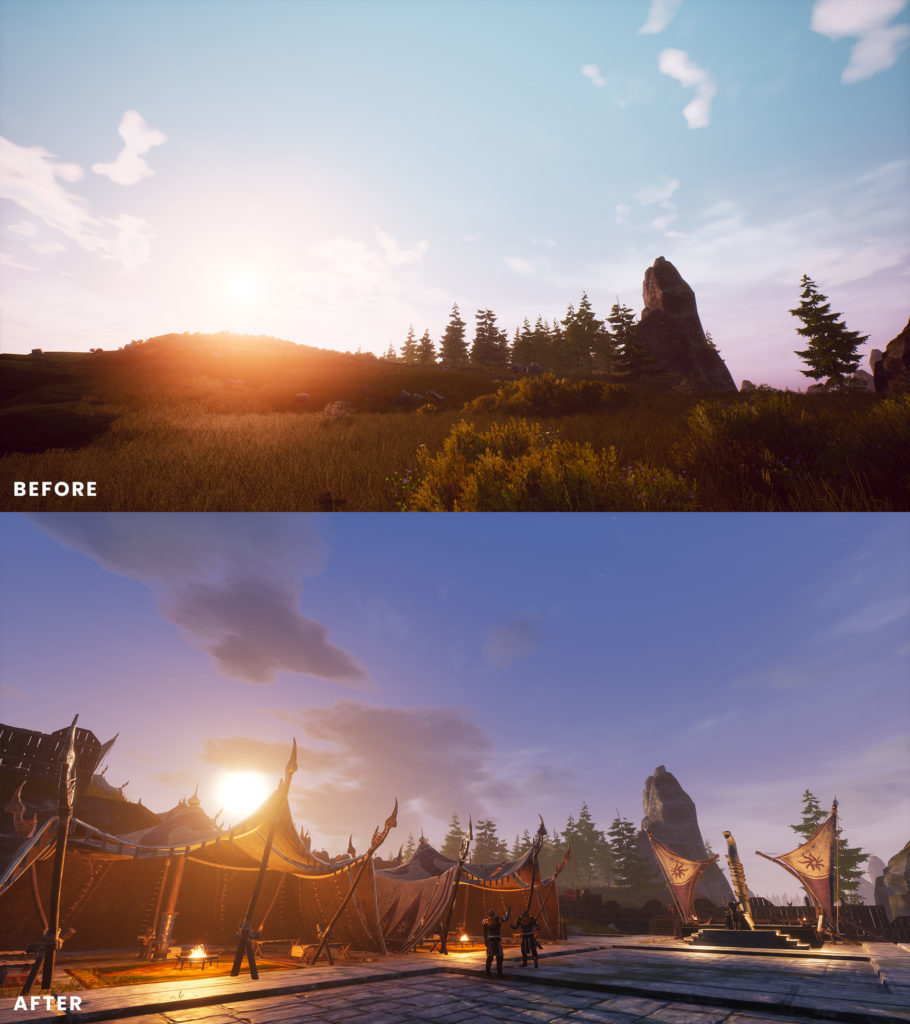 You can find a host of camps around the map, and they contain many new activities, such as freeing captured NPCs, finding rare recipes, fighting strong bosses, digging up buried treasure, swimming out to crates of flotsam and capturing unique puppies who can become your new dog pet. 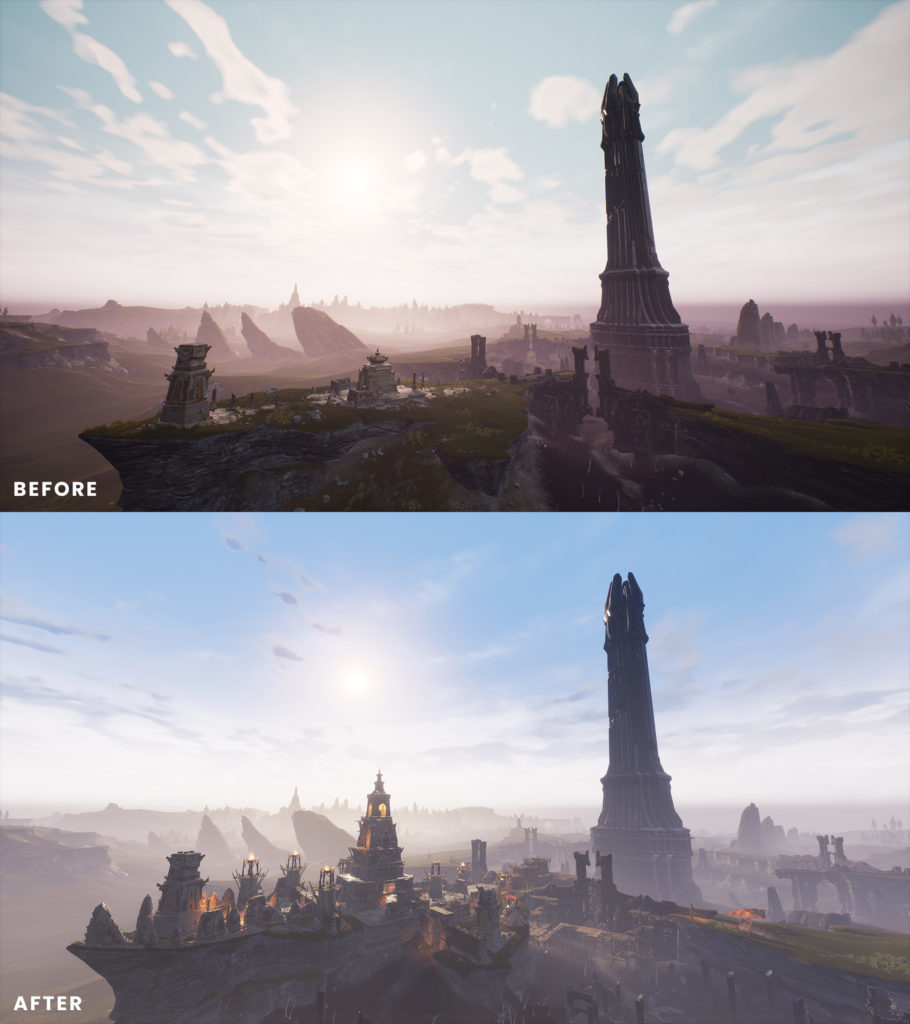 The addition of the camps has changed the Isle of Siptah map in quite considerable ways. Not only do they add more content but also visually change the landscape, adding all new towers, defenses and habited areas all around the map.

We hope you enjoy these quite sweeping changes, as we make the mysterious Isle of Siptah more beautiful, filled with interesting places to explore and challenging content to test your mettle. 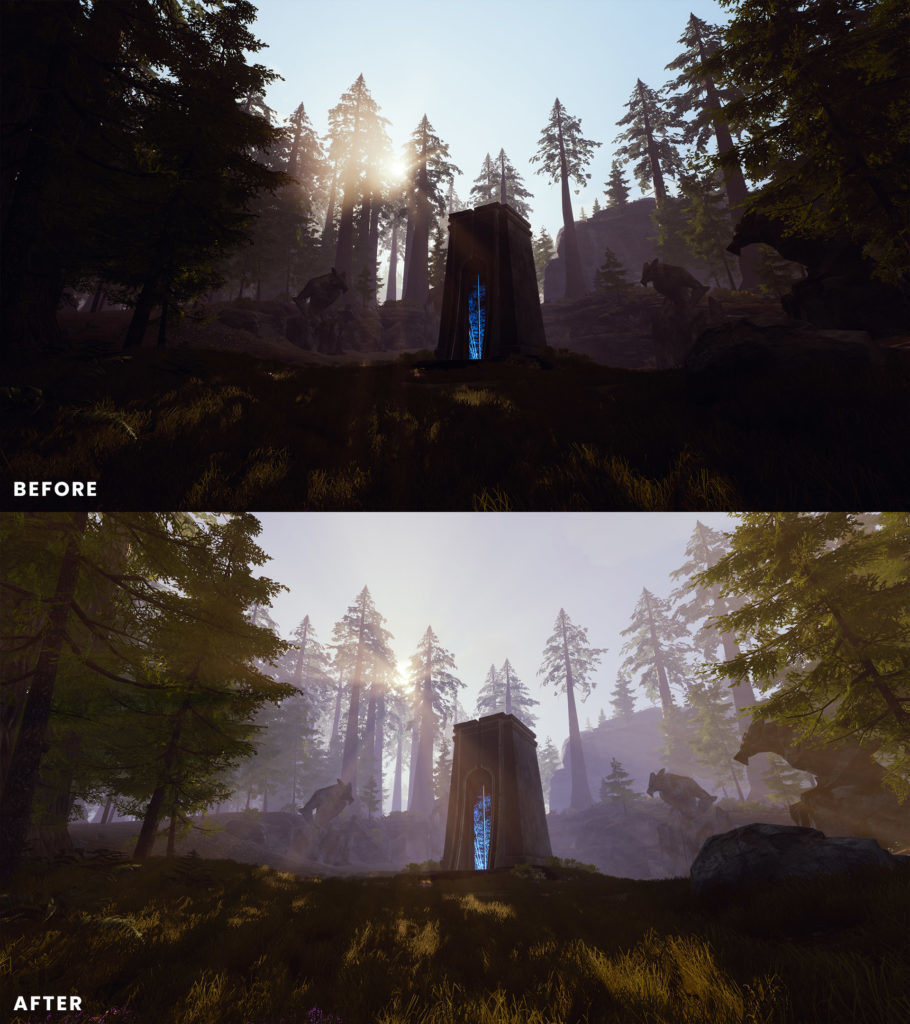